Metal-organic frameworks (MOFs) are an intriguing class of hybrid materials, which are crystalline materials possessing highly ordered structures consisting of networks formed by single metal ions or metal clusters connected by multidentate organic groups acting as linkers (see Fig.1)[1]. Initial explorations into MOFs began with a report from Yaghi's research group in 1995, followed by the report of MOF-5 in 1999, one of the classic MOFs structures that contains Zn-based nodes, which demonstrated specific surface areas equal to 2900 m2/g and 60% porosity. Since then, numerous types of MOFs have been reported via judicious selection of suitable organic ligands (organic linkers) and metal ions. In addition to extensive combinations of ligands and metals, MOFs also exhibit diverse geometries, topologies, and functionalities, resulting in adjustable chemophysical characteristics, even when the same combination of metal nodes and organic linkers is used.

The most interesting versions of MOFs display permanent nanoscale porosity, which makes these organic−inorganic hybrid materials similar to zeolites. Some of them have record surface areas exceeding those in zeolites. The surface area of 1 g of some MOFs is comparable with a square of football field (120×53.33 yards implies 6400 square yards or ca 5351 m2). The feature of porosity that can translate into large internal surface areas, ultralow densities, and the availability of uniformly structured cavities and portals of molecular dimensions. In addition, the MOFs also display the characteristics of tunable porous structure, structural flexibility, easy functionalization and substitutable components, which makes MOFs have been extensively studied and applied in diversified fields. 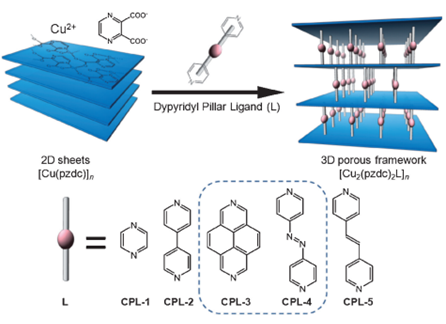 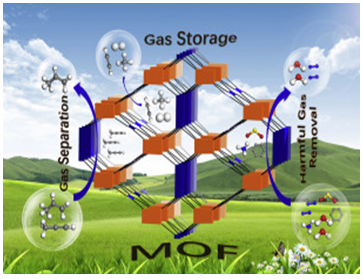 Fig.3 The diagrammatic drawing of gas storage and delivery by MOFs

Alfa Chemistry can offer the all kinds of MOFs materials and related technical advices and services, please don't hesitate to contact us if you are in need of assistance.