Upon light irradiation, photocatalysts can lead to efficient charge separation, which can be served to promote oxidation (reacting with photogenerated holes) and reduction (reacting with photogenerated electrons) of organic molecules, providing a novel methodology for the synthesis of fine chemicals. Photocatalytic organic reaction not only can achieve green synthesis of organic intermediates, but also can obtain the compounds that cannot be obtained by other methods, which plays an important role in the synthesis of fine chemicals. Recent years, a series of homogeneous photocatalysts represented by ruthenium complexes and small molecular dyes have greatly improved photocatalytic organic reactions both in the reaction types and reaction efficiency. However, the high cost and toxicity of the noble metal catalysts represented by ruthenium complexes limit their further application. Therefore, it is crucial to develop non-toxic and recyclable heterogeneous photocatalysts, among them, porous materials, especially MOFs and COFs, as organic photocatalysts have attracted extensive attention due to their superior performances. 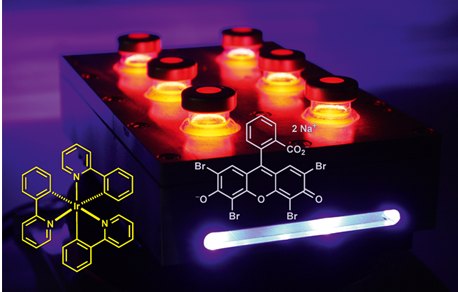 MOFs and COFs can be used for different types and a wide variety of photocatalytic organic reactions, the details as described below[1].

Mechanism of MOFs and COFs in Photocatalytic Organic Reactions

Different photocatalytic organic reactions have different mechanisms, but in general, the light is absorbed by the photocatalyst, which in the excited state becomes a powerful oxidant or reducing agent or, in some cases, both. Then, electron transfer processes result in the formation of transient radical species that eventually evolve towards the desired products (as shown in Fig.1). 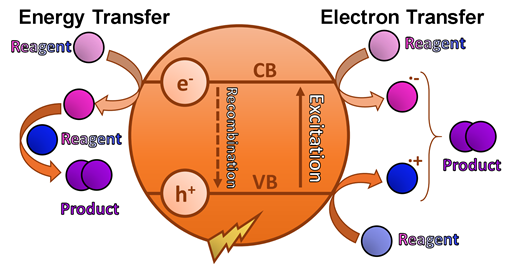 Take the oxidation of alcohols to aldehydes as example, the photocatalyst absorbs light, and in its excited state, separation of charges is produced, promoting electrons to the conduction band and generating holes in the valance band. These electrons activate O2 to generate superoxide radical anion (O2-·), which deprotonates benzyl alcohol obtaining hydroperoxide radical species (·OOH). Photogenerated holes are quenched by the benzoxide anion to oxidize it to its radical form, which subsequently reacts with ·OOH, generating benzaldehyde as the final product (as shown in Fig.2). 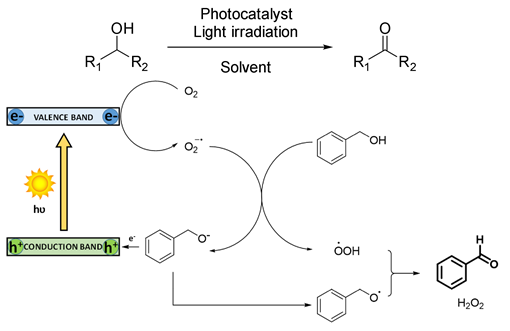 Fig.2 Generally mechanism for the oxidation of alcohols

Alfa Chemistry provides various MOFs and COFs with high-activity for use in all kinds of photocatalytic organic reactions. And our professional technology team also provides customers with specialized, high-quality MOFs and COFs design and customization services, no matter what design ideas you have, we will implement them together with you. In addition, Alfa Chemistry is committed to supporting customers a series of solutions in photocatalytic organic reactions by using MOFs and COFs. Please contact us immediately to order or cooperate in research and development with high quality and reasonable price.