Human society has developed into a stage where economic prosperity is predominantly dependent on the exploitation of fossil fuels, which are the main energy sources. However, combustion of fossil fuels for power has inevitably brought the emission of large amounts of carbon dioxide into the atmosphere and led to global warming. Several serious issues associated with the rise of temperature, the increase of sea level, and the species extinction may occur according to the reports of Intergovernmental Panel on Climate Change (IPCC). The atmospheric carbon dioxide concentration has continued to increase to reach 415 ppm at the present, and the pH value in sea surface water would drop from 8.2 to 7.8 by 2095 year due to the accumulation effect of the dissolved carbon dioxide. Developing effective techniques to reduce the carbon emission and minimize greenhouse effect are thus becoming more and more urgent than ever.

Current carbon dioxide scrubbers are mostly aqueous alkanolamine solutions as adsorbent materials to capture carbon dioxide, which exist from serious issues such as equipment corrosion, solvent loss, and toxicity that retard their further applications. And, one of the most disadvantages was the high energy input for amine regeneration. Significant work is still needed to identify the promising adsorbent materials so as to overcome these problems. Different from other gases, carbon dioxide has no dipole moment but exhibits a high quadrupole moment. Using this basic feature of carbon dioxide in designing a porous structure to enhance interactions with carbon dioxide is necessary to increase the uptake capacity and selectivity. Owing to the combined features of the precise structural design and chemical stability, MOFs and COFs offer a new platform for designing porous structures to capture and separate carbon dioxide.

Since metal/metal oxide shows high adsorption capacities, open/unsaturated metal sites (OMSs) are widely introduced in MOFs materials, which are primarily utilized as sorbents to achieve carbon dioxide capture and separation. This is based on differences in interaction between gas species and frameworks and the consequent selective adsorption of target gas. In recent years, a growing number of explorations have utilized MOFs for carbon dioxide capture and separation. For instance, in 2017, Liang et al. constructed a new Cu-based MOF, FJI-H14, which is anticipated to have a high carbon dioxide uptake. The results showed that FJI-H14 displays an extraordinarily high volumetric carbon dioxide capacity of 171 cm3/cm3 at 298 K and 1 atm with CO2/N2 selectivity as high as 51 for a 15/85 CO2/N2 mixture[1].

COFs with structural, thermal, and hydrothermal stabilities are superior to most porous polymers in carbon dioxide capture and are compatible with the best performing MOFs, such as Mg2(dodbc). For example, an ionic-liquid-immobilized [Et4NBr]50%-Py-COF exhibits an impressive carbon dioxide uptake capacity of 164.6 mg/g at 273 K and 1 bar[3]. The [HO2C]100%-H2P-COF reaches a capacity of 174 mg/g at 273 K and 1 bar[4]. Moreover, these COFs exhibit excellent cycle stability. Generally, total control over the surface area, pore size, and pore volume of COFs can enhance the capacity and selectivity of carbon dioxide. More importantly, incorporating functional groups that enhance interactions with carbon dioxide to the pore walls of COFs is an efficient way to facilitate carbon dioxide capture. 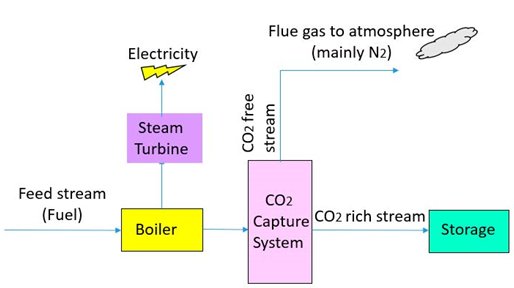 Alfa Chemistry can provide you various MOFs and COFs with different pore topology, morphology, pore size and surface area to meet different carbon dioxide capture and separation requirements in a variety of environments. We also provide customers with professional design and customization services to synthesis of high-quality MOFs and COFs with different properties according to your demands and the application environments. In addition, Alfa Chemistry is committed to supporting customers a series of solutions in carbon dioxide capture and separation by using MOFs and COFs. Please contact us immediately to order or cooperate in research and development with high quality and reasonable price.